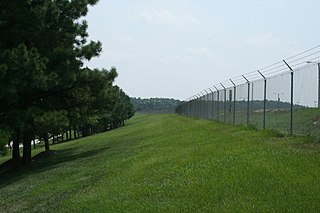 I remember when I was I kid in foster care. The memories seem gray and brown to me now. I lived in some pretty rough places, with some pretty rough people. Life was tough, fast and hard. In the places I lived, a person had to grow up quick. They had to learn many important lessons young and quickly.

Whenever I went somewhere with my foster brothers, trouble followed. I remember many times getting chased, just coming back from the movies with them. We’d be walking along and some guys from one of my foster brothers rival crews would come after us or something. If there weren’t too many of them, we would stand and fight. In a fight, I could handle a little more than my own. More often that not, there were too many and we would run.

Every kid knows how to run. Every kid on the street learns how to run a different way. It’s a way a person runs when they know that if they get caught, there may be no tomorrow. When you run like that, one of the best ways to get away is by jumping fences. A normal person jumping a fence is slow and clumsy. When a person knows how to jump a fence it becomes smooth and graceful. Like a rabbit gliding away from it’s pursuer over and under the obstacles in the way.

I was twenty-two and newly married. My church asked me to be the scoutmaster of their small troop on my first Sunday there. I guess they heard that I wanted to make other kids lives better than my own. I just hadn’t known it would be so hard. I’m not saying that I expected it to be easy. I wasn’t expecting a bunch of teenage boys to be angels. I just expected a connection for a way to help to teach them the lessons I had to learn the hard way.

I don’t know what they thought of me. I wasn’t old enough to respect and fear like their fathers. I wasn’t young enough to be a friend. I was Brother Darr, the new scoutmaster. The guy who was a young adult, yet already feeling slower. I didn’t know how I related to them, so how would they know how to relate to me? My first evening as Scoutmaster I had to give two boys a ride home.

They had to crowd in my Ford Escort that I had named, “Fred”. Fred was a plain car I had got for one hundred dollars. It was dented and held together in some spots with duct tape. The back seat was tight for Tyler and Paul, but they squeezed in. On my way to their homes I passed by a train track that had chain link fences on either side and homes one hundred feet beyond the tracks.

Crack! A rock slammed into the side of my car. I looked over and saw half a dozen boys standing near the farthest fence bordering the homes. I don’t remember thinking, I just started acting. My foot went to the break and slammed down hard. My hand instinctively grabbed the e-break handle and pulled. Fred came to a squealing stop amid a flood of smoke from burnt rubber. I jumped out leaving the door open and the car sitting in the street. I was wearing boots and a scout uniform but I ran with a speed that I hadn’t needed to use in a long while. With a few steps and a jump I flew over the first fence in my way.

I bellowed out with rage, “I’m going to kill you kids!”

This all happened in mere moments, the boys hadn’t even had a chance to react. As I looked at them I saw a deer in the headlight look of abject fear. They turned and ran for their lives. I heard several land flat on their backs, as they jumped the fence of the house behind them. The boys fled with the fear and awkwardness of tamed animals, loose and running from a predator for the first time. I let the prey go.

I glided back over the fence and began to return to my car. Tyler and Paul looked at me with a look in their eyes I hadn’t seen before. It was a look of wonder and respect. In the crazy act they had seen something in me they didn’t know before. I was no longer Brother Darr. I was The Brother Darr. They had seen a fierceness and knowledge in me borne of one who has had to grow up hard. They knew they could trust and learn from me. I had found my place. This story was told repeatedly to the other boys of the Scout troop and became a turning point in my relationship with them.