So we met Nashana an administrator for Lord Prio. We were asked to go north to Arabel and investigate some rumors that came in through unofficial channels. The rumors were vague about a dark rider terrorizing the area.We were provided provisions and mounts and given a nifty limited King’s Writ. We were promised 100 GP for successful completion of the job. 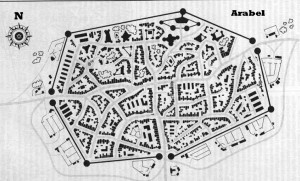 After four days travel we came to within sight of the walls of Arabel. We ran into a horse (Suzy) with her coachman (Otro) and cart. Night was falling and the shadows around formed shadow creatures and attacked! We came to their rescue and beat back the shadow creatures  On a hill we saw someone wearing dark plate armor with a helm that looked like a skull. Sehadra started to chase him but he fled into the forest.

We guarded Suzy and Otro into the city and Otro gave us a recommendation to go to the Goblins Grotto where we would get a fair price mentioning his name. On the way to the Inn we saw a crowd around a broken Obelisk (Sun Dial). It appeared to be cut with a single cut and had inscriptions to Monotaur. The locals seemed stirred up about it.

At the Inn we were told we could stay for one silver a night. What a discount! Milling about for rumors in the common room we found that Dark Skull appeared only after the attacks and at a distance. What is the connection? We also found there were no deaths so far. What are the shadows after, fear? Where did the rest of the obelisk go?

At around this point we heard some yelling and we step out to find some smelly human brat yelling about Dark Skull being after him. I don’t think he is after him but I think he may have seen something so we took down the general direction he saw Dark Skull. We escorted the boy back to his home at the Brewer Bruin. The lights were still on surprisingly and also over at the neighboring Tea & Bakery house “Moon lit harts” Meeting Bruin he offers us some foul quadruple bock. Only Songammem can finish it and impresses the brewer. I think the stuff might do well if exported to goblin territories.

Bruin tells us he has the broken piece of the obelisk in the cellar for repair but he has a problem with Shadows down there. I get a feeling he is seriously downplaying the presence of creepy murder shadows down there. Right at about this point Sehadra passes out. Luckily next door the young Lady is like a junior cleric of Selune… running a tea house… go figure. At any rate, Alyssa and I head over there for her help. Impressively enough she has an array of weapons on the wall behind the counter (Sehanine Moon bow, a katana and ornate armor). She was nice enough to check Sehadra and find she was poisoned (roofied) by some lecherous fool back at the Inn.

We still want to see the obelisk so the young lady (Yue) a daughter of Raven and Kamoy offers to help us excitedly. We beat back the numerous shadows with homicidal intent to find the obelisk top. It was sheared cleanly and it could be repaired and reactivated with runs we see on it. It looks like it was a ritual channeling point. We also find in it a bag of holding with Sunblade Longsword, Staff of Light and a scroll case. The scroll inside says that, “When the moon turns black, darkness falls on the house of twelve.” Bruin is nice enough to give us some excellent ale for our troubles.

At this point we head to so the Burgermeister. He lives in the ugliest, gaudiest, dark mansion I have ever seen. He makes the Formor look like they have good taste. We meet his tall doorman of few words (Larry) and get to meet Malius Mortan. He comes from a family of salt miners and is the most incompetent administrator I have ever seen in over a hundred years. I’d end his incompetence but the law doesn’t allow for summary execution for such infractions here. After asking a few simple questions the guy cracks and near tears tells us that the reports of Dark Skull were dumped “Books & Birds Emporium”.

So Larry leads us there to meet Ms, Brainard. She is a bit eccentric herself but at least has a head for noticing important information and sending it on. Grasshopper, Song and I repair a gaping hole that appeared in her roof previously. Looking at it, it appears to be an act of sabotage to ruin her records. Looking over the papers we find out the attacks started just over a month ago around when the obelisk broke. It seems there is a connection there. 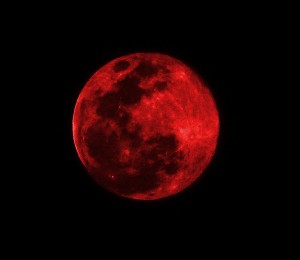 We step out to find there is a blood moon out and we decide it’s wise to go by the obelisk. Bruin and Yue are there repairing it. AFter some discussion we live Yue there to start the ritual repairing it. We all head out after Dark Skull. We see him and he tries to take off but Duke and Alyssa keep his trail. We catch up with him in an old fairy circle which seems to help keep a curse on him at bay. So we talk to him and find out he is Sir Severen and had served in as a lesser Knight in the King’s court. He was given his armor by Lady Redfern and it was nice mail. Then… blacked out and found his rival at his feet. And his head looked like a skull at it had become some sorta death mail. Obviously cursed and now he can sense the shadow creatures.

He senses something change so we run back to the Obelisk and help defend it from murderous shadow creatures while Yue, Alyssa and the mental case fix it using a magick ritual. It seems to create a zone of protection from them. We then see somethings going on at the theater and run there. Inside the theater Jarl is some sorta high priest preaching to cultist town members and he is preparing to sacrifice a baby. We shame the town people out with our awesomeness and it’s revealed it’s not really Jarl but a Shade. We kick him and his shadow minions apart but not before the theater starts collapsing. During the fight Sir Severen jumps in takes the baby to safety. The theater collapsing was totally not our fault.

Outside the armor falls off Sir Severen so I collect the helm and the armor. We go to the Inn to find arl and his wife locked in the cellar. There was a silence spell on the cellar. One of the captors accents was familiar (Vistani). The cities watch check in on the Sharen cultist and theater group. Checking around we find the Shade’s dagger. A +2 vicious dagger. Severen invites us back for the harvest fair in Arabel.

So back in Suzaile we get our pay and settle into boring town life. I look around for a residence other than an Inn and I find a nice little apartment for Songammem, Alyssa and I. That brings our living expenses down to five gold piece a week for all of us. I start getting plugged into the local Arcana community and start getting my finger on the pulse of Suzail. (Suzail +2 Arcana, +2 Streetwise). It’s hot. It’s a bad time for adventuring jobs and now it has entered raving fever time. Oh boy!

Some local rumors I hear are:
Local mages and alchemists have been very busy lately crafting various potions and remedies to try and cure or at least lessen the effects of the Raving Fever.  Demand for herbal and magic components associated with healing has jumped and local supplies are quickly running out.  There is talk that certain less scrupulous merchants have been using the opportunity to buy up much of the market’s reagents and sell them at steep prices on the black market.

We finally have been offered a job. Guarding a medicine shipment from Sembia. We get a brief from Captain Shaw. He’s not very sophisticated in his use of military doctrine. The medicine is coming in a boat and we are guarding it’s convoy across the city. While scouting out the route for dangers such as overhang points, choke points and other danger areas… we are approached by Madame Curaw. She tells us her son has fallen ill and she will pay us 40 gold piece for a dose. She says her family has bad history with Captain Shaw. The others begin planning how they will steal it. I’m not  sure that is the best route.