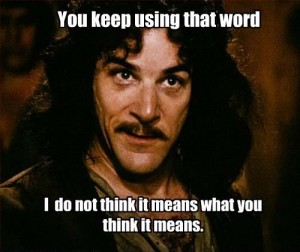 In a recent blog post Richard Stallman referred to the Ubuntu Linux Distribution as spyware. Mr. Stallman’s post stemmed primarily from the recent introduction  of the shopping lens into Ubuntu 12.10. This lens is on by default and when a user enters a search into the Unity Dash a user will get back results related to their personal files and search results for Amazon.com. This search is passed through Canonical’s servers and they act as a layer of anonymity between Amazon. If a user makes a purchase from Amazon, Canonical then receives the referral bonus for the purchase. Users are informed of the shopping lens when they read the privacy policy linked to in Unity’s dash. If a user objects to this policy they may disable the shopping lens in their privacy settings or remove it altogether using the Ubuntu Software Center. While many share Mr. Stallman’s privacy concern for Canonical’s implementation of the shopping lens, I would have to characterize his assessment of Ubuntu being spyware as intellectually dishonest.

First let’s look at the definition of spyware. Wikipedia defines spyware as a type of malware (malicious software) installed on computers that collects information about users without their knowledge. The presence of spyware is typically hidden from the user and can be difficult to detect. Some spyware, such as keyloggers, may be installed by the owner of a shared, corporate, or public computer intentionally in order to monitor users.

While I think the shopping lens is badly implemented, I could not honestly call it spyware. It seems most detractors are content to sling about incorrect terminology as opposed to just saying it’s implemented badly or offering a way it could be implemented better.