The tomatoes were drying up pretty badly at the end of summer but now that San Antonio has decided that it’s finally fall, they are coming back like crazy. Today I had to build some new supports for the vines. They were growing to the ground over the old trellis and the weight of the fruit was tough on the vines. I improvised some supports with some scrap wood. I picked all the ripe fruit before taking these pictures, so all that you will see is a whole lot of green fruit. 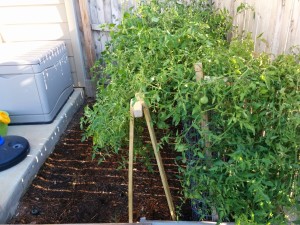 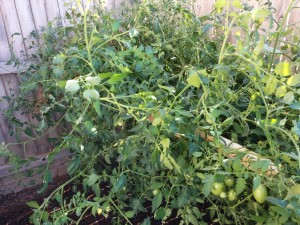