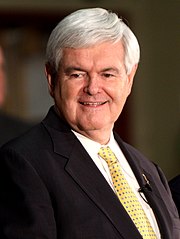 With Newt Gingrich’s win at the South Carolina Primary it shows voters that the GOP nomination is still anyone’s game. While Gingrich came through with a commanding lead in South Carolina, he still trails Mitt Romney by five delegates. The current delegate count is: Mitt Romney (31), Newt Gingrich (26), Ron Paul (10) and Rick Santorum (8).

The only candidate that has not one a state is Ron Paul. Yet Ron Paul’s strategy has kept him ahead of Rick Santorum who has won a state himself. With the nomination still in contention I don’t see any of the current candidates dropping out yet. Considering a candidate has to accumulate 1,144 delegates to win the RNC convention, we still have a long way to go.

The next Primary to take place is Florida where 100,000 voters have already voted early from a potential field of nine candidates. It will be interesting to see if any of the five candidates that have withdrawn from the field will earn an appreciable amount of votes. It is also worth noting that Florida has been penalized and will only bring the winner 50 delegates as opposed to 100.

Closely following Florida is the Nevada and Main Caucuses where another 28 delegates are up for grabs in Nevada and 24 in Maine. In the case of Nevada the delegates are divided proportionally as opposed to a winner take all scenario like Florida. In Main the delegates of the Caucuses go to the State Convention and are not bound to vote for a candidate but take the popular vote as a guideline. The Nevada and Main Caucuses have the potential to nearly nullify any gains made in Florida, if candidates place well enough.

My take on this, it’s too close to call and can be anyone’s game.