Sure it’s not #ShowYourDesktopFriday or #ShowYourLinuxDesktopFriday but I had someone ask me to share a shot of my old laptop running Ubuntu 10.04 LTS w/ Openbox. This started as a Crunchbang Linux install when they used Ubuntu as a base. I have just been upgrading it to the LTS release as they come along.

This laptop is a Gateway 5300 that boasts a700MHz Pentium III CPU and 256 MB of PC100 RAM (Max amount). At idle this system uses around 61MiB of RAM w/ synergy running in the background.

I normally run this machine as a second monitor with Xchat running on it. Though it can also run MapTools pretty well when I need a spare machine for a game map. 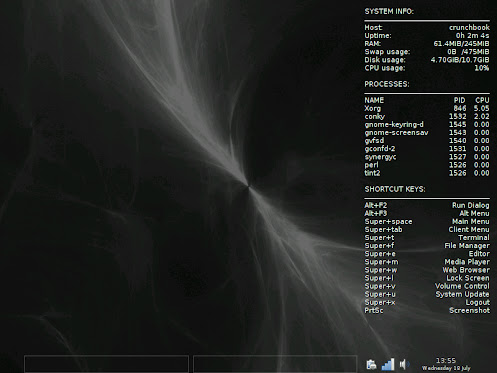