Last night I flashed the June 8th IRC build of CyanogenMod 10.1 on my HTC EVO LTE. In addition I flashed a modification that will give a transparent status bar on Android 4.2.2 devices. As a launcher I am using Apex Launcher with the dock disabled. Do actually launch my commonly used applications I use Unity Launcher with auto hide enabled. This gives my phones home screen an extremely clean look. If I need an app not on Unity launcher I have my phone configured to bring up the app drawer with a long press of the home button.

Here are a few pictures of what this configuration looks like while in use:

It’s pretty fun to have such a minimalistic yet functional setup.

Adding in the wallpaper for those that want it: 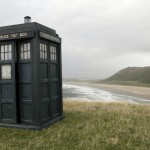