So this session got to a little of a slow start. You completed exploring the cave underneath the water fall and found all there was to discover. After a long discussion you decided to cut the ears off of the Kobolds as a gruesome trophy to earn the bounty on their heads. You might finally earn a good little penny on those bounty’s.

The group continued on to the dragon burial site to see if that artifact the cult of Orcus needed had been unearthed. An advanced grouped stealthed in and attacked from the left flank of the pit while the rest swooped in from the right flank. This would have worked out well if Quinn didn’t have to take on two Guard Drakes in his face. While Quinn did take a tough beating Kitsune created a barrier with a pillar of fire that made the guard drakes decide to attack else where. That stealthy bunch quickly dropped a Halfling that had been on guard while Marcus split down the middle and attacked some human rabble that just woke up. There was also what appeared to be a small child wearing a funny green outfit that tried to play as on sympathy but then attacked from behind. You also noticed someone tied up along one wall. 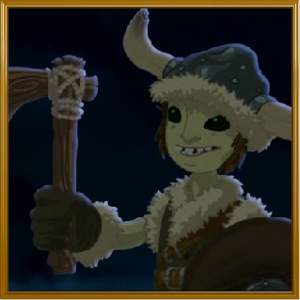 After using your various combat skills you defeated all the enemies in the pit. The “child” was revealed to be a Gnome that was hired from Fallcrest along with everyone else to help unearth treasures in the pit. The prisoner was revealed to be Douven Staul (a villager from Winterhaven). He gave you a gold locket and you looted a chest of treasure the Gnome had. In addition you found the artifact needed by the cultists.
The group rounded up all the prisoners and treasure and are now heading back to Winterhaven. In Winterhaven you will need to report on what all you have accomplished, get some rest and maybe find the spy in the villages midst.The rest of the village can decide what to do about that abandoned keep the rest of the cultist are supposed to be in.