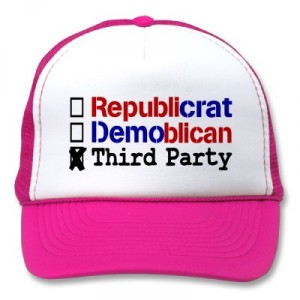 In California we know the Electoral College delegates are going to go to a Democrat. It is a wasted vote for them to not vote third party, if their conscience dictates that they should. This is the election that disenfranchised members of both Democrat and Republican parties should consider voting Libertarian.