We just got our Gary Johnson for President yard signs in. It took less than a week to get them in from the LP Store. I was just going to order one but since it had $5 flat rate shipping, I figured I might as well get a second sign, just in case one got damaged. I guess I can keep it if this one gets stolen or give it to one of the other Johnson supporters in the area. 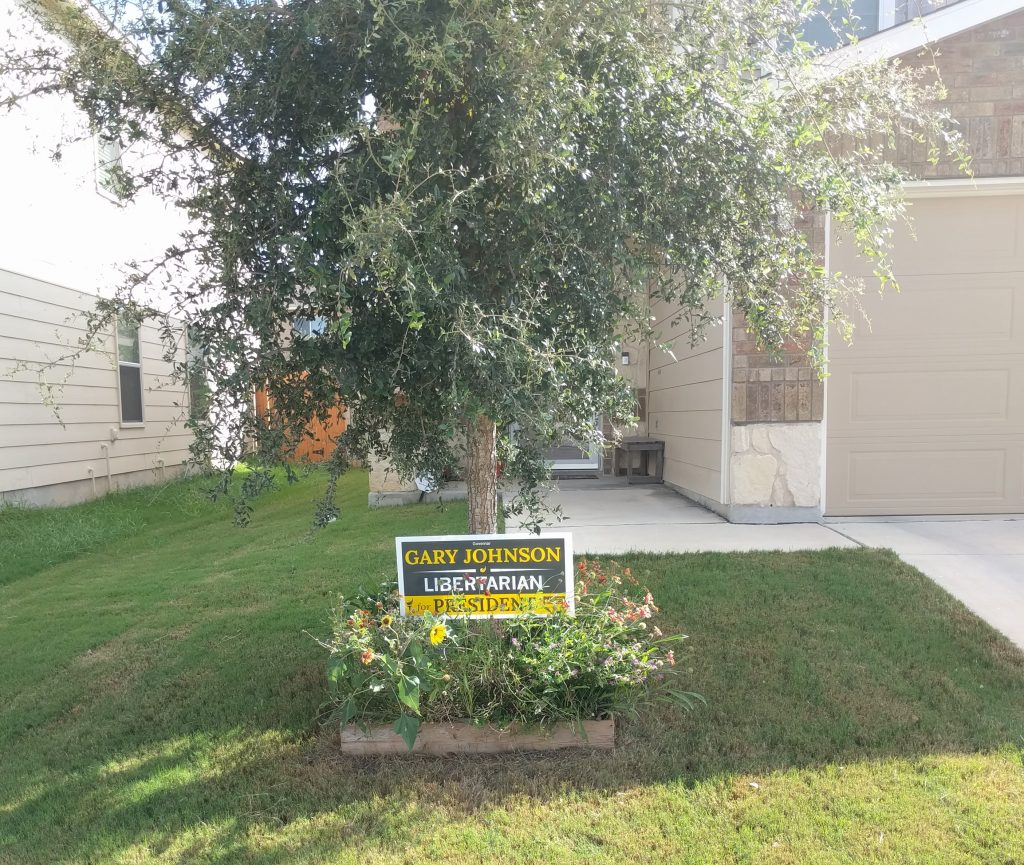