I  had the M1 Replica sights from E. Arthur Brown. They looked really good but I had difficulty with the sloppiness of the movement on the front sight. Some lock tight would have fixed that but I didn’t really plan to keep them too long. The lack of adjustment was also a No-Go. I liked the sight picture I got with them over the factory sights but it was mostly a cosmetic improvement. When you do a comparison the Replica sights do resemble the M1 Carbine sights more.

I just got around to replacing the Replica sights with TSR100 Sights. They are a Father’s Day gift from my wife. I like the TSR100 due to them having a similar adjustment to the M16. I also like having the ability to flip the rear sight for longer range targets. The TSR200 Sights also look nice but I prefer having the flip rear sight on the TSR100 over the adjustable rear elevation on the TSR200.

For those that haven’t seen my rifle before, I also have an M1 Carbine Tribute Stock on it. I like that a whole lot. It feels very good in weight and fits nicely against my shoulder. It also looks darn good with the classic look and sling. The stock is so solid, I feel like I could buttstroke someone in a pinch without harming the rifle. 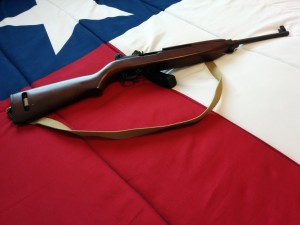 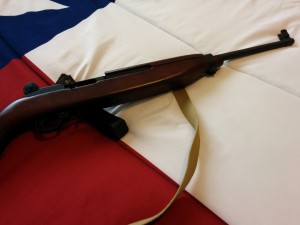