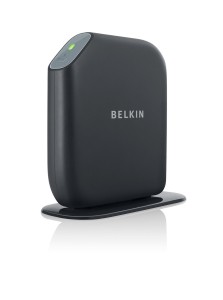 So I had to reset my server a few times. With the normal stability of my server needing to restart is really unusual. I normally only need to restart when updating the kernel but I have recently had the system lock up completely. The only change being that I set up my server to act as a wireless access point in February. I think that was one task too many with all the other network intensive tasks I had it doing. So I felt it was time I just purchase a replacement router/wireless access point.

I decided this time around that I would get a router compatible with DD-WRT an open source Linux based firmware for routers and access points. There is a plethora of router firmware projects out there so you have a wide choice if you want to do a similar project. I decided to just go with DD-WRT because it’s one of the most popular and supports a wide variety of hardware. I also took a look at Tomato and OpenWrt but I have to admit I didn’t try either of them out.

As far as hardware I wanted:
1. The device needed DD-WRT support, since that is what I wanted to put on it.
2. Something inexpensive with a good hardware specs to price ratio.
3. Something that supports wireless N. Most of my devices are wireless B/G devices but I have one or two wireless N devices. 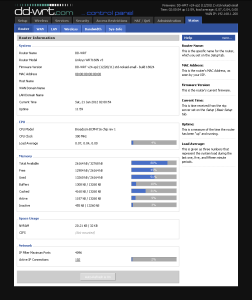 After looking over several reviews I discovered the Belkin N300 Wireless Router F7D3302.The bad reviews on Amazon were all for the stock firmware. All the DD-WRT reviews on Amazon gave it five stars and I also found a post on the DD-WRT forums that spoke well of it. For $20 I figured it was worth a shot. Spec wise the router has: 64 MB of Ram, 8 MB of flash, and a Broadcom BCM4718 @ 480MHz. I downloaded the two firmware files I needed from the DD-WRT Router Database, you just search for the model number to find the correct device. After installation I changed the password and set up wireless security. So far it has been a really solid device. I’m considering connecting my printer to it next because the router has a USB port but I will see. I could also use it as a NAS with a portable HD but my home server does well in that role.