It’s not often in the scriptures that the Lord just fixes something miraculously. More often the Lord gives people the means and guidance to fix things themselves or asks them to perform an act of faith prior to the miracle. I like reading through the process that the brother of Jared and the Lord go through as they work through some of the problems (Ether 2:19-25 & Ether 3:1-5).

In this case the brother of Jared does what he was commanded in building the vessels but realizes there will be issues due to lack of light and air circulation. In the case of air the Lord gives the brother of Jared some simple instructions but in the case of the light, he just doesn’t give an answer but asks him what he would have him do. To me this a reminder that sometimes the Lord wants us to do some of our own work to prepare, even in cases where a miracle will still be needed.

Moroni goes on to describe the conditions that will be needed for this portion to be unsealed. I just wonder what hasn’t been revealed and what parts of it are also parts from the temple ceremonies and covenants. Since it requires us to have faith even as the brother of Jared I think it would also be something that could not be truly understood except the person have the spirit of prophecy.

I like catching the bits of revelation that has been fulfilled like that found in Ether 3:3-4. In that scripture in foretells of the three witnesses of the Book of Mormon. It strengthens my testimony as I have the opportunity to read of experiences like this and pray to know their experience was true. It is also a powerful witness to me that even as they fell away and only two came back, they never recanted their experience.

An observation I have is that reading the Book of Ether is like reading many of the major themes and history from the entirety of the Book of Mormon crammed into fifteen chapters. This thought occurred to me as I was reading Ether 7:20 and it was talking of the divisions forming in the land. 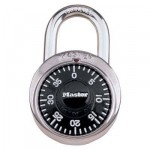 Once again the downfall of a civilization in America is preceded by the growth of secret combinations. I’m not a conspiracy theory person but this makes me wonder if I should be. We know that in the last days there will be wars and rumors of wars. This makes me wonder if this will be accomplished here by secret combinations set to get gain. Some would argue they aren’t so secret and that is much of the purpose of politics now days.

Speaking of politics lets go to Ether 10:5-6. In this section we are told of a series of leaders, some more righteous and some very less righteous than others. In verse 5-6 we read of Riplakish who built extravagant building and taxed the people into squalor. This makes me wonder if this should be used as word of caution in our day and the governing practices of our leaders and what they can lead to.

What does 30+1 have to do with the scriptures? Well in Ether chapter 12 the word faith is used 30 times and the word faithful is used once. These uses are spread across the words of Ether and the commentary of Moroni on the subject. The repetition of the words just stuck out to me and I realized that whole chapter is centered around the principle of faith.

A few of my favorite quotes concerning faith from the chapter are:

“faith is things which are hoped for and not seen” “ye have not witness until after the trial of your faith” (Ether 12:6)

The first is a beautiful definition of faith and the second reminds me to be strong in trials.

“if they humble themselves before me, and have faith in me, then will I make weak things become strong unto them” (Ether 12:27)

This quote I find comforting that the Lord will make me stronger if I have faith.

“if he had not had faith it would not have moved; wherefore thou workest after men have faith” (Ether 12:30)

Literally, mountains can be moved by the power of faith.