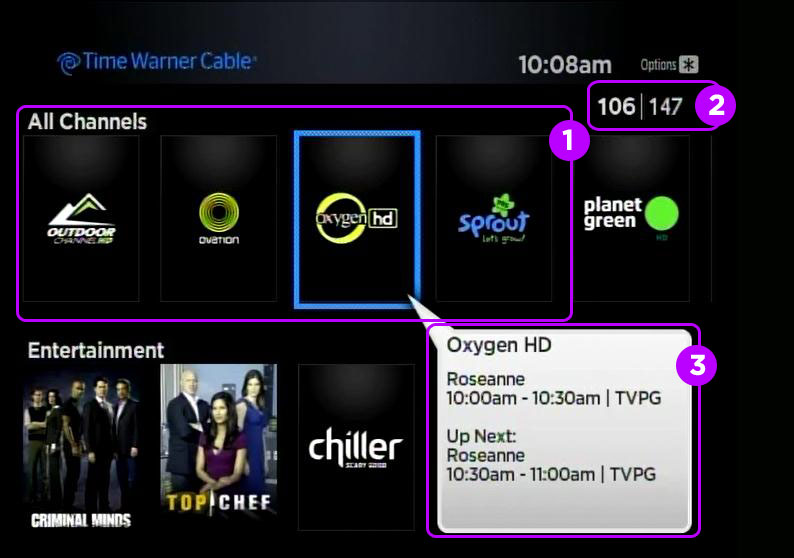 Anyone that has been in my house knows that I love our Roku boxes. We have one on our 46-inch RCA LED TV in our living room and a box on each of our 32-inch RCA LED TV’s in our bedroom and loft. We primarily watch Netflix, Amazon Instant Video, Mormon Channel, BYUtv and Plex on our Roku box. On cable we watch the History Channel, HGTV, TV Land, PBS and a few other channels. We don’t rent a cable box so the channels we access to all fall under the “standard line” up. We also get our internet through Time Warner on the basic tier of internet service.

I missed the blog post announcement from last month that TWC had launched a channel on Roku but I noticed the announcement in an email I received yesterday. I had heard TWC was going to launch a Roku channel and I was excited to actually see it happen. So far I have been impressed but what is available on the box.

I downloaded the channel and then I entered my TWC ID information. And pretty soon most of my channels were showing up for me to select. I had a few additions and a few omissions to my channel line-up. The additions I had were a few channels that I had access to as a standard cable subscriber but were not showing up on my other TV due to my lack of a cable box. My omitted channels were my local TV line up. The only thing I miss there being PBS but I can always switch the TV source back to regular cable for that. I prefer watching the channels that show up through the Roku as most of those are the HD version of the channels and I get a limited channel guide to what’s currently playing and what’s up next. The only thing I feel I am missing is a more complete channel guide and PBS. I noticed a PBS show was in a screenshot of the TWC Roku channel so I will investigate if I can get that added somehow or if it was just photoshopped onto the screenshot.

If you have TWC Standard TV, TWC Internet and a Roku box… I would recommend this as something to look into using. It seems to be a good product to add a TV in a room without a cable connection or to add some cable box like features to a TV without a cablebox.

One thought on “TWC TV on the Roku”