I just got my Ancestry results in. Apparently the Ukraine/Russian DNA is my primary followed by Scandinavian and Iberian Peninsula. 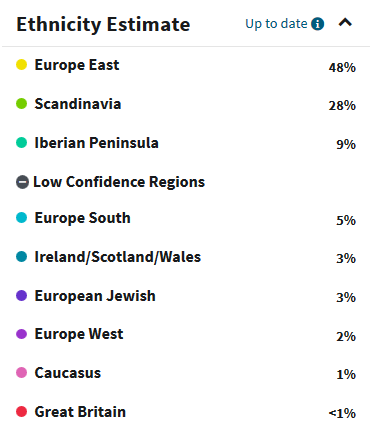