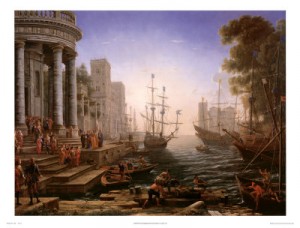 Another day in Suzail started with Songammem and I out looking for some potential work. Along the way we heard some humans hollering about two knights looking for adventuring minded soldiers. That sounded just like the sort of employment we were looking for so we decided to look into it more. We also noticed two other interesting characters that seemed to be looking into the jobs and we decided to follow them as they did all the leg work for us.

The one in the lead we later found out was Sehadra, an elf cleric of Selune. She seemed like most elves except she doesn’t seem stuck up enough. She must be young. Give her a century and that will change. She was heading to meet some bloke in a tavern called the Grey Griffin when we noticed a flamboyantly clad sailor heading into the same direction. Somehow I could imagine him singing and dancing while gutting someone with his sword or maybe that’s just the overactive imagination my tutors always told me to keep to myself. I later found out his name is Markus the long knife. I like names with flair. I had Duke wait outside by the door.

They talked to some old adventurer with a tattoo across his face and he filled in some information on the potential employers. During all that Songammem tried to look as unobtrusive as a seven foot tall, twenty stone fur rug can and I flew around drinking down a drink or two. As harmless as Songammem tried to be… that fool with the bad tattoo still tried to give her trouble and made some jokes about taking my dust. Most people don’t look for trouble and when given an excuse to explain away Songammem, they look the other way but not this moron. I have to remember to introduce him to a beautiful river nymph sometime, so she can drown him. That sounds like a fun joke for someone that is mean to my friends.

But I digress back to the day… so we followed Sehadra and Markus out to the grounds were adventuring parties form and Sehara asks us to join their group. Normally Somgammem and I work as a dynamic duo but she seemed nice enough and the well dressed seaman amused me. So we joined them We have decided to call our group “Grey Griffin Adventuring Inc”.  We talked to the knights hiring adventurers and the young Lady seemed too excitable to me. After meeting Sir Oris, Knight of House Grenfell he seemed to have a much more methodical and well planned method. We felt most comfortable with him and signed up after some discussion. He was even thoughtful enough to give an advance if we needed it. Songammem and I purchased five gallons of Ale because we like to plan ahead for the important stuff. We will be hunting down Thomas Malore a renegade War Wizard and leader of the Crimson Wolves.

I originally planned to play my character more silly and childish but after seeing Anthony’s great slapstick performance, I decided to drop that plan. We would never get anything done if we’re both silly. I have decided to play the pixie with more of a perspective of an older child. Intelligent and serious most of the time but he still has a love of games and pranks.

I had also neglected to flesh out his knightly order more. Sir Sparrowhawk is a member of the Order of the Red Falcon. The order’s patron is the Red Knight.I figure he would see battle as a big game he wants to excel at. 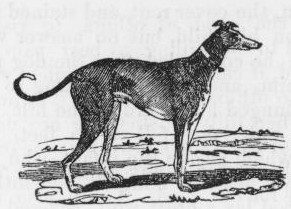