In Helaman 10 Nephi is sitting pondering the things shown him by the Lord and it’s a great time of division among his people.  He gets a very powerful visit and blessing from the Lord. I think this is highlighted here to remind us to ponder the words of the Lord more to receive personal revelation of our own. I am making a goal to do better to remember to wait for answers when I pray.

In Helaman 10:7 Nephi has the sealing power bestowed on him. I had previously highlighted this section as I realized that the words concerning “seal on earth shall be sealed in heaven” related to authority to seal couples and families. What I didn’t realize was what was pointed out in the student manual. I didn’t realize that this same authority was similar to Elijah’s authority to literally seal the heaven’s for several years so that it didn’t rain. I just previously hadn’t made the connection that it was the sealing power that allowed him to do that. I had previously only understood it to be limited to families but now I realize that limitation isn’t given anywhere. It makes me wonder of other ways the sealing power could be used. Could the prophet seal someone to the earth so that they wouldn’t die for a time? This isn’t really pertinent to our salvation but it was just a thought I had as I read about the sealing power.

Elijah barred the heavens with the sealing power and it seems that Nephi did something similar in this instance. I guess he had enough of war being the instrument used as the tool to humble the Nephites and Lamanites. War as a humbling tool doesn’t always work well as the Nephites find out later when they are not humbled and are destroyed.

Nephi’s plan works. The people are humbled and turn to the Lord. Unfortunately this is just another turn of the Pride Cycle for them as this humble state never lasts long.  It seems to normally take near destruction to get the Nephites humbled.

It’s good that Nephi had a strong brother that supported him. I could imagine it being lonely being a prophet. Having a brother, friend and supporter in the work must have been a great blessing to Nephi. At least that is what I thought when I read this. 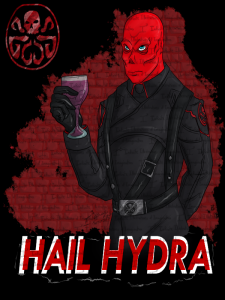 That short lived humility, righteousness and prosperity I spoke of earlier… yeah these guys are here to throw that all off. These guys also never seem to never go away. I think of Hydra from the popular Marvel movies and comics. Both are evil and when you cut off a head, two grow back. It’s insidious.

I am thankful for the time of relative prosperity that we live in. It’s truly a blessing to live in the world we have today… well more so the developed nations but the gospel is rolling forth and prosperity and happiness can be found in many parts of the world.

Some of this is what I fear for us today. Are we prideful? Are we ripening for destruction? While the gospel will not be taken from the earth again, there was no promise of this country remaining intact or that famines and scourges wouldn’t waste the land.

It’s amazing to think of the overwhelming power of the Lord. He can truly command all things by his voice. Hopefully I won’t live to ever see it used in a manner to humble us. 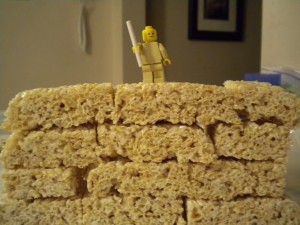 I was looking for a good picture to use of Samuel like in the lesson for this week but it seems some of the best ones (except for official church ones) have restrictive copyrights attached. I try to keep copyrights in my posts and I share my journal here on paul.darr.org. In my search I found a couple blog pictures like this that I have to remember the idea for future family home evening lessons. We all know the story so I won’t regurgitate it but I have a great deal of admiration for a guy that gets kicked out and then preaches on a wall while getting shot at. That’s some faith there.

In Helaman 14:30-31 Samuel talks about our agency to do good and evil. I am surprised this section wasn’t mentioned in the manual. I have found it to be an interesting scripture. I like how it explains that the negative impact of poor choices are us just inflicting things on ourselves. At least that’s what I gather from the statement “whosoever doeth iniquity, doeth it unto himself”. Sometimes our poor choices also impact others but generally they impact us the most. When it comes to repercussions; I see it less as the Lord punishing us and more as us punishing ourselves at the last day.

We have knowledge of good and evil. Either we can choose the good or choose the evil. Often when we choose evil we receive an earthly reward. If we have patience and choose good; our reward will come later.

The restoration of the Lamanites has been ongoing in our day. It’s amazing to see the growth has had in South America. Someday I wouldn’t be surprised if there were many more in the apostles who came from that area. I have also had Native American and Polynesian friends that are part of the church as the Lamanites have been reclaimed.

Samuel saw success in his difficult mission. I picked over a few scriptures I thought were important in tracking the faith, repentance and baptism of those who chose to follow the teachings of Samuel.

I was struck by the word reason into this scripture. We can easily reason and justify ourselves into false doctrines and hell. It takes brutally honest self reflection to avoid this path.